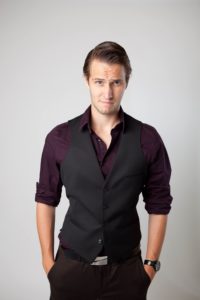 August 8th our show will feature Ryan Kane – back to the Home Edition screen with new magic. iPhones vanish, whisky bottles appear from nowhere, and a paintball gun is fired at the man responsible for it all. This is the magic of Ryan Kane. Please Enjoy Responsibly. Ryan Kane is the current San Francisco magic champion, having taken 1st place when competing against the best magicians in the Bay. Join him every third Friday of the month at the intimate EXIT Theatre only two blocks away from Union Square. He is a full time performer, (his corporate resume includes big names such as Microsoft and Louis Vuitton), and has performed from New York to Las Vegas. Ryan Kane is known for his comedic edge, high energy, and original magic. 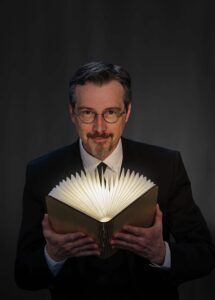 And joining us from his home in is Larry Hass – Larry Hass, Ph.D. is a magician, philosopher, and the Dean of McBride’s Magic & Mystery School in Las Vegas. He has performed his astonishing magic on stages all around the world. Having authored over fifteen books and videos for magicians, he is considered a world-leading magic teacher and a pre-eminent philosopher of the art. His visionary approach to magic has been widely featured in such media as the New York Times, USAToday, National Public Radio, the Discovery Channel, and in his recent TEDx Talk.

MAGIC & COMEDY – HOME EDITION is our way to keep bringing the best in Bay Area Entertainment to you, our loyal fans.  Tickets are online thru Eventbrite and are good for one household access to the show. Ticket sales end 30-min prior to showtime. Get your ticket early to avoid disappointment.  After purchase of ticket, Phil will send you the Zoom Link within 24-hours.  Have questions? Email Phil at phil@MakePhilAppear.com  Or call Phil, he loves to talk to you, 408-781-6735