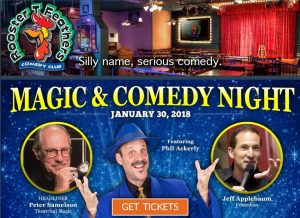 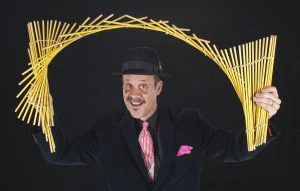 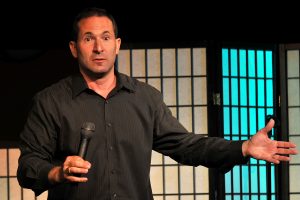 Jeff Applebaum – Comedian / We are excited to have Jeff on our program again and he is a real funny guy and crowd pleasure. After 20+ years in California, this New York City native is finally learning to understand the local language. Jeff made his national U.S. TV debut on CBS as a comedian on the “Late Late Show with Craig Ferguson.” He has also appeared on Comics Unleashed and Comedy TV. He has performed with comic legends Robert Klein, Richard Lewis, Robin Williams, Kevin Pollak, and Jake Johansen. 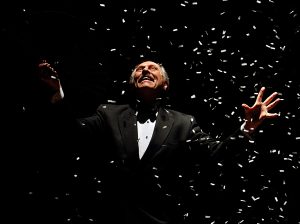 Peter Samelson – Theatrical Magic / We are fortunate that Peter is stopping off in Sunnyvale to headline our show. Christened the “soft-spoken conceptualist of sorcery” by the New York Times, Peter Samelson has performed atop the Great Wall of China, and in the jungles of Bali . He has entertained Princess Stephanie ofMonaco, the jet-set of Paris and the fishermen mending their nets on the beaches of Cartegena. Peter performs and lectures at colleges, universities, and Theater and Performing Arts festivals. Peter has staged two one-man Off-Broadway shows; “The Magician” and “PaperWork.” He also performs and designs for television, film and theater including: “What About Bob,” “Whispers in the Dark,” for Kraft Salad Dressing, host on a syndicated 13 part series on Magic, CNN’s “Sonya Live!”, Mabou Mines, The Bermuda Theater Festival, the new musical “Houdini” and the PBS Special, “The Art of Magic.