Come celebrate Fathers Day with us.  We will highlight fathers and grandfathers in this special show.  Bring the family and enjoy the night out.  Phil’s Magic & Comedy Nights are a blend of sophisticated sleight-of-hand magic, illusions, comedy and audience participation. 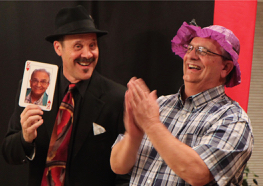 Phil Ackerly – Bay Area’s Favorite Performer / Phil left his cushy job working for a Silicon Valley high tech company and became one of the busiest performers in the Bay Area. He has captured first place awards for his magic, comedy and close-up sleight of hand from leading magic organizations. He’s a featured performer at the Magic Castle in Hollywood, Off Broadway at
Monday Night Magic in New York and The California Magic Dinner Theater in Martinez. His has presented over 10,000 shows in his career. Each year he produces a benefit show for the South Bay Blue Star Moms raising funds for our military troops to pay for the shipment of care packages. 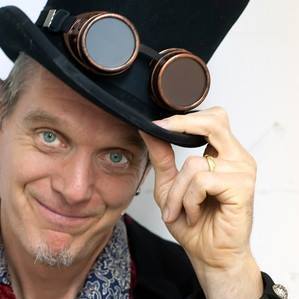 Frank Olivier – Comedy Juggler / Frank Olivier developed his unique off-beat brand of humor in San Francisco starting off on the streets entertaining tourists, and quickly moving into the Bay Area’s numerous comedy clubs. He was soon sharing the bill with Dana Carvey, Robin Williams, Whoopi Goldberg, and others. While on his first trip to New York,

planned as a vacation, theatre producers spotted his talents, and quickly signed him. He performed his act for the next three years in the Broadway touring hit show ‘Sugar Babies’ (a variety and burlesque musical, starring Mickey Rooney and Ann Miller). 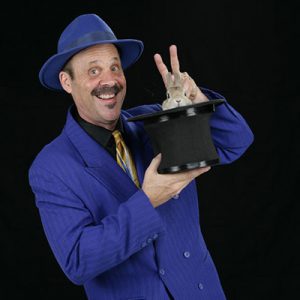